WKO4 licenses allow activation of the software on two machines running the same operating system (PC or Mac), and both machines can use the software at the same time. To operate WKO4 on two separate operating systems, you will need to purchase a second license, which will also allow activations on two machines running the same operating system. The WKO athlete home page presents a classic dashboard view of charts and reports. Athlete dashboards are affected by both sport types and time ranges selected in the RHE (right-hand explorer).

WKO4 for OS X Release Notes. Improvements to speed up incremental sync with TrainingPeaks. Fixed a crash in some charts showing cycling dynamics data for files with no cycling dynamics. Fixed a problem with the ewma function that could cause a crash. Fixed spurious error indicating a missing close paren.

Fixed a problem plotting points on some weekly charts. Fixed a language/region setting problem interpreting. And, on the Workout Details tab.

Ignore case on file extensions while downloading files from TrainingPeaks. Updated charts that are part of the initial install to the latest. Changed the default install location on macOS only to /WKO4 instead of /Documents/WKO4.

Remember whether the window is maximized on PC. Read HRV data from FIT files.

Fixed a problem with automatic Y axis minimum and maximum checkbox. Fixed a problem updating the workout date after making changes on the Workout Details tab.

Fixed a problem with reports formatting X axis when the value is a string and not a number. Fixed a problem drawing charts and scaling the X axis with expressions that use the variable x. Fixed a problem updating the Chart Library on PC for charts that have special characters in the filename. Added an expression for population standard deviation pstddev. Now parses.fit file developer fields. Support for the Quarq Qollector device.

rightpppend. Fixed a problem with weighted average that gave too much weight to the first value in the set.

Fixed a problem parsing some TCX files with invalid dates. Fixed a scaling problem when the X axis is date, to include the last fractional date.

Allow fractional seconds when editing workout level ranges in RHE. Synchronize the cursor position while moving the cursor on a map. Improved copy to clipboard on PC charts. Create thumbnails after editing a chart on PC.

Create selections on the map by clicking the dot and dragging. Fix a problem reading.fit files for open water swim. Relax error checking in corrupt/malformed.fit files. Fix a problem with jumping LHE while syncing with TrainingPeaks. Installs missing DLL on Windows 7.

Fixed a problem dragging the X axis when zoomed into a chart with Ranges Highlight. Removed Device Agent from WKO4 menus. Expanded functions that emit click-through information for right click on charts. The fill function for data series now fills up for positive and down for negative. Fixed alignment of some overlapped data series.

Fixed a crash on PC with very long expressions. Added new yx, xx, li, rev functions. Look them up in the Expression Reference. Recognize file type with capitalized file extensions on PC. Fixed a problem that caused recalculation when using data moved between PC and Mac. When onboarding and picking a data store other than the default, fixed a problem copying default charts.

Improved duplicate checking to fix some false positives. Changed the count function to count non-zero numbers and non-blank strings. Now recognizes secondary click gestures on Mac trackpad. Sorts items in Chart Library with banners to the top. Drag the X axis left and right when zoomed into a chart with Ranges Highlight. Properly scale logarithmic X axis when choosing manual minimum and maximum. Changed the threshold for movingduration to 1mph for running files.

The expression max(power,'week') works just like max(max(power),'week'). Fixed a problem with ctl, atl, and tsb variables and sport type buttons. Fixed a problem with max(data, 'week') reporting - if the first workout for the week has no data. Fix for X axis problem when building some charts and reports.

Changes to allow meanmax navigation at the workout level. Added EDGE820 to list of Garmin models that support iLevels. 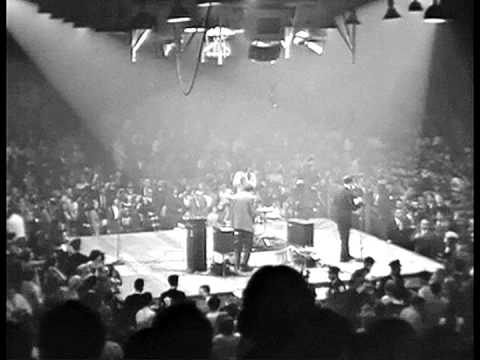 Fixed a problem filling-in area charts. Corrected the thousands separator for some regions. Fixed a crash on PC related to AVG anti-virus. Change to support Garmin iLevels. Show pace based VI and EF for runs without power. Fixed a rounding error converting a date value to a month value.

Give the option to overwrite charts when exporting them. Changed the default athlete profile photo image. Automatically convert between N and lbf based on preferences setting. Fixed a problem syncing changes to workout time from TrainingPeaks. Fixed a problem scaling the X axis when using Automatic Maximum.

Added upload for iLevels to supported Garmin devices. Added a new Dashboard chart type. Added a 'Tiny' option for even smaller fonts on charts (may be useful in dashboard).

Fixed a problem with X axis values when doing arithmetic on the bin functi on. Fixed a problem setting manual minimum and maximum values for Y axis scale f or% units.

Fixed a problem determining the total duration from some PWX files. Changed validation checks for CTL and ATL constants.

Added a new Area chart type to the data series configuration page. Fixed a problem with levelfrom and levelto functions that caused a crash.

Fixed a problem with dashed line types in Windows. Fixed a web navigation problem in on the What's New tab for Mac. Fixed a problem that caused the X axis to disappear sometimes after hiding a data series.

Fixed a problem scaling the Map tab to fit all data in the selected range. Fixed a problem with the bin function (distribution charts) for intervals within a file.

Fixed a bug that gave false positive when checking if a workout is a duplicate. Get start time for planned workouts when syncing with TrainingPeaks. New feature to associate a Garmin device with an athlete. Look for checkbox on the Import From Device window, and also the Devices block on the Athlete Details tab. Fixed memory leaks. Improved speed and responsiveness.

Send dropped files to WKO4 instead of the web page when dropping files on a Web chart. Fixed crash when adding/editing athlete tags on the Athlete Details tab.

Fixed a problem where typing in an edit box on the Athlete Details would lose keyboard focus. Remember the selected date range per Athlete when clicking between athletes. Send anonymous usage data to help us improve WKO4. You can opt out in WKO4/Preferences. Calculate power metrics for running files with a power channel.

Fixed crash on chart picker when you attempt to drag a chart. Calculate NP for running files with power data channel. Fixes to improve stability.

Fixed a problem editing post-workout notes. When importing files, no longer prompts for athlete name if there is only one. Fix a problem writing to the log during sync with TrainingPeaks which resulted in a crash. Fixed problem displaying durations for iLevels. Fixed problem showing web pages using El Capitan. Update charts immediately after using Cut or Clear. Several fixes to improve responsiveness and speed.

Fixed a problem that caused sync to freeze. Resolved an issue where changing time zones would cause recalculation. Revised iLevel names, added durations.

Added an option to launch trainingpeaks.com from the gear menu. Changed boolean operators to permit comparison to NA constant. Fixed a problem synchronizing data from workouts without a sensor data file. Fixed a problem where importing files would stop at a certain file and not continue. Fixed problem comparing composed unicode characters. Fixed a problem importing threshold pace from WKO3 incorrect.

Fixed a problem with sport types when syncing basic TrainingPeaks accounts through a coaching account. Fixed a problem responsible for a frequent crash.

Fixed a crash related to updating charts when navigating with the LHE or RHE. Fixed a crash upading workout description and notes with incorrect encoding. Changed sync for download only accounts to preserve local changes to metadata. Local changes will only be overwritten on new changes on TraingPeaks.com.

Fix a crash exiting during TrainingPeaks sync. Prevent a sync from starting while importing/upgrading.

Added a close button to the progress/status widget. Updating calculations immediately after a sync or import. Do not allow sleep while sying or importing. Fixed problems related to syncing files with TrainingPeaks.com. Visit the page on TrainingPeaks.com.