Welcome to the unofficial guide to 'Tomb Raider: Legend'. This guide consists of a detailed walkthrough of the singleplayer campaign of the game. You should know that 'Tomb Raider: Legend' isn't a long game, although the levels are quite challenging and will take even up to an hour to finish. There are seven main missions. An eighth level is a rather simple boss fight, so I've decided to not add it up to the rest. Those of you who have been playing previous 'Tomb Raider' games should be familiar with some of the features of the new game. The controls are very similar, although there are some cool new moves. All of these actions have been explained in the walkthrough section of this guide. You should also take notice at the helpful hints. They will appear on your screen from time to time.

As for the guide itself, I've tried to concentrate most of my efforts on explaining new types of actions. As a result, walkthroughs of the first few levels are by far more detailed than the rest. I've also explained all of the puzzles. Some of them are rather challenging, although you shouldn't have any major problems with them. Nevertheless, you will find all answers here. I would also like to say that 'Tomb Raider: Legend' is a very linear game. In most cases, there's only one path leading to your destination, so you can't get lost. You can have some problems, on the other hand, with some of the jumps. They can and will be very challenging. I would recommend that you pick a Normal difficulty level, though. The opponents in this game are.. dumb. Furthermore, Lara usually kills them very quickly. Difficulty level won't modify any of the puzzles. It's only got influence on the fights.

I would also recommend that you take a closer look at the key bindings before you proceed to the main campaign. You can adjust some of the actions. Not all of the default keys were placed in comfortable spots. One of these actions is the flashlight button. I would recommend that you use the ALT key, because you will have to activate the flashlight quite frequently. The another important aspect of the game is an auto-aim feature. You could turn it off, but I wouldn't recommend that. Auto aiming really helps in most of the fights. Well.. that's it. Have fun and don't let Lara die too often! :-) 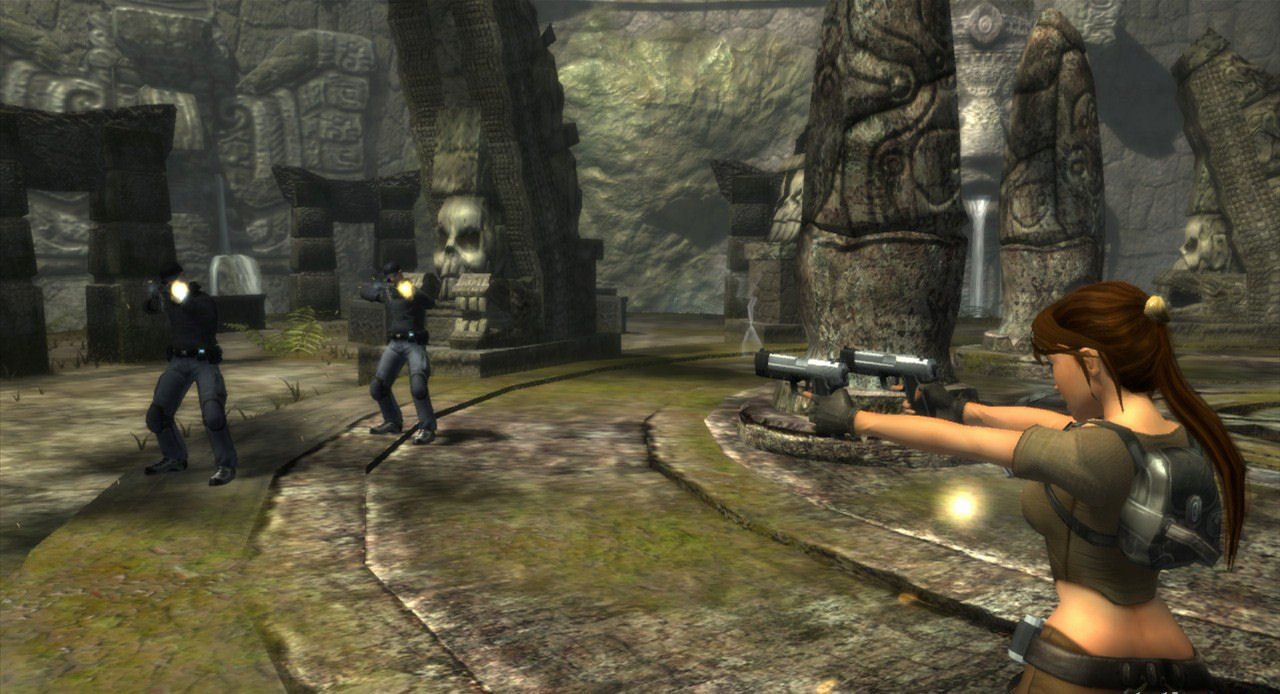 Use the comments below to submit your updates and corrections to this guide.

Tomb Raider: Legend revives the athletic, intelligent and entertaining adventurer who won the hearts and minds of gamers worldwide. Lara comes alive with intricately animated expressions, moves and abilities. An arsenal of modern equipment, such as a magnetic grappling device, binoculars, frag grenades, personal lighting device and communications equipment, allows gamers to experience tomb raiding as never before.
- Lara comes to life - the dual-pistol-wielding adventurer’s polygon count and animation set has been increased significantly, presenting Lara in the finest fidelity to date
- Return to the Tombs: Lara’s new quest brings her to lost ancient realms that guard Secrets of the Past
- Fluid movement: the revamped control system provides intuitive and fluid character movement
- Dynamic animation system puts focus on continuous motion, giving Lara the ability to seamlessly handle any obstacle and interact dynamically with any surface
- Move and shoot. Lara uses her physical prowess to combine gunplay with unique signature moves
- Variety of player choice - intelligently use the environment, technical gear and weapons to overcome challenging situations.
- Physics, Water and Fire systems bring the perilous environments of Lara’s world alive, and challenge the player to improvise solutions to obstacles
- Visit a vast array of cinematic & exotic locations including ancient tombs, dangerous jungles, snowy mountain ruins and numerous unexpected surprises in between!