Wireless networks are accessible to anyone within the router’s transmission radius. This makes them vulnerable to attacks. Hotspots are available in public places such as airports, restaurants, parks, etc.

In this tutorial, we will introduce you to common techniques used to exploit weaknesses in wireless network security implementations. We will also look at some of the countermeasures you can put in place to protect against such attacks.

Topics covered in this tutorial

Brute force tools crack Wi-Fi security in hours, millions of wireless routers vulnerable. If you set WPA/WPA2 security protocol on your home or small business wireless router, and you think your Wi-Fi is secure, there two recently released brute force tools that attackers may use to bypass your encryption and burst your security bubble. Overview Wi-Fi Crack allows you to crack any wireless network with WEP security. Powered by AirCrack-NG, the popular, cross-platform, wireless security cracking command-line tool, Wi-Fi Crack you a takes you step-by-step through process of cracking the security of a WEP-based wireless network using a beautiful OS X graphical user interface.

What is a wireless network?

A wireless network is a network that uses radio waves to link computers and other devices together. The implementation is done at the Layer 1 (physical layer) of the OSI model.

Since the network is easily accessible to everyone with a wireless network enabled device, most networks are password protected. Let’s look at some of the most commonly used authentication techniques.

WEP is the acronym for Wired Equivalent Privacy. It was developed for IEEE 802.11 WLAN standards. Its goal was to provide the privacy equivalent to that provided by wired networks. WEP works by encrypting the data been transmitted over the network to keep it safe from eavesdropping.

Because Bluestacks is famous as an Android App Player, Android Game Emulator and Android Developer love this software.

Because of these security flaws, WEP has been deprecated in favor of WPA

WPA is the acronym for Wi-Fi Protected Access. It is a security protocol developed by the Wi-Fi Alliance in response to the weaknesses found in WEP. It is used to encrypt data on 802.11 WLANs. It uses higher Initial Values 48 bits instead of the 24 bits that WEP uses. It uses temporal keys to encrypt packets.

How to Crack Wireless Networks

Cracking is the process of exploiting security weaknesses in wireless networks and gaining unauthorized access. WEP cracking refers to exploits on networks that use WEP to implement security controls. There are basically two types of cracks namely;

It is possible to crack the WEP/WPA keys used to gain access to a wireless network. Doing so requires software and hardware resources, and patience. The success of such attacks can also depend on how active and inactive the users of the target network are.

We will provide you with basic information that can help you get started. Backtrack is a Linux-based security operating system. It is developed on top of Ubuntu. Backtrack comes with a number of security tools. Backtrack can be used to gather information, assess vulnerabilities and perform exploits among other things.

Some of the popular tools that backtrack has includes;

Cracking wireless network keys requires patience and resources mentioned above. At a minimum, you will need the following tools

A wireless network adapter with the capability to inject packets (Hardware)

How to Secure wireless networks

In minimizing wireless network attacks; an organization can adopt the following policies

In this practical scenario, we are going touse Cain and Abel to decode the stored wireless network passwords in Windows. We will also provide useful information that can be used to crack the WEP and WPA keys of wireless networks.

Password Cracker is a free tool used to find out the passwords from various wireless networks in and around your area. This WiFi Cracker software tool comes with useful features which help to reveal the encrypted passwords with ease. Crack through any password protected wireless networks using this handy tool.

WiFi Hacker is a WiFi Cracker tool used for hacking all sorts of wireless networks which are password protected. Break or Open any WiFi network using this simple software tool which can be downloaded for free. This tool can be customized according to your convenience and it also removes threats from your devices.

Fern WiFi Cracker tool is similar to WiFi Cracker 4.6.2 Free Download and can be downloaded in any of the online websites. The latest version of this tool comes with several bug fixes, search options, and customizable settings. It can help you open up any kind of password protected wireless networks.

Wifi Cracker Software for other Platforms 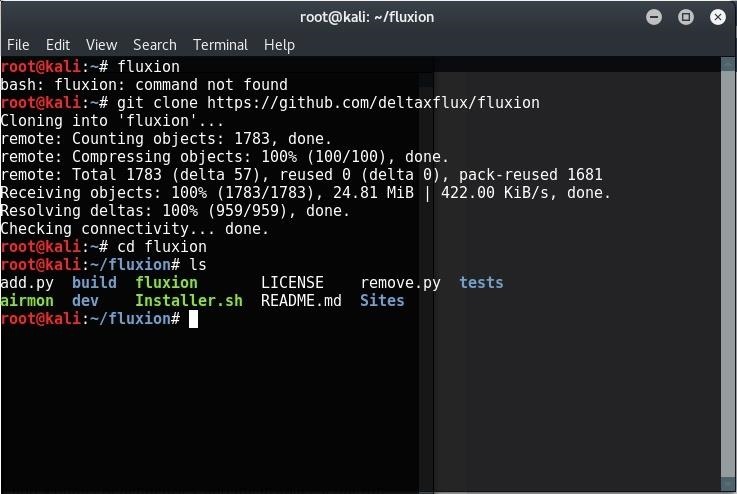 A wide number of WiFi Cracker tools are being introduced nowadays due to the rise in demands of the customers. These tools support all the various platforms and you can search online to find out the best one for your device. Install the tool in your device to start hacking wireless networks.

WiFi Crack for Mac allows users to crack open any kind of wireless network with utmost ease. This WiFi Cracker tool comes with powerful command line tools which help in collecting the WEP password from the network. All 64-bit Mac devices containing OS X 10.7 and higher versions support this tool.

WiFi Hacker Simulated looks out for all the wireless networks near to you and finds out the password used in those networks. Use this WiFi Cracker Android application to perform deep analysis of networks and recovery of lost keys. This tool can be installed in all devices using Android 2.2 and higher versions.
Content

WiFi Hacking tool helps to break open all sorts of wireless networks with ease. WiFi Cracker Windows application requires the use of several technologies which help in easy detecting and password identification of protected wireless networks. The wireless configuration needs to be checked for errors so that the software works without any interruptions.

Fern WiFi Wireless Cracker tool is the most popular WiFi Cracker tool used in recent times due to its wireless attack feature and security auditing tool. Recover all sorts of keys and passwords, run attacks on all wireless networks, discover network traffic and do much more using this free WiFi Cracker tool.

What is WiFi Cracker Software?

WiFi Cracker Software can be used to hack through all sorts of wireless networks in and around your location. Discover the flow of network traffic, find out lost keys, restore last used passwords, identify network host and unlock all kinds of wireless networks using this handy tool. You can also see WiFi Signal Booster

WiFi Cracker helps users to customize network settings and performs analysis for identification of wireless networks near you. It comes with a simple interface and uses various inbuilt commands to crack open WiFi networks with ease. Customize network keys and access all kinds of wireless networks using this user-friendly WiFi Cracker software tool. You can also see Wi-Fi Analyzer Software

WiFi Cracker Software tool can be used by both amateurs as well as professional users. These tools provide all the necessary features which help to crack into most of the WiFi networks near your area. Choose any of the above-mentioned software tools to start hacking wireless networks right away. Wind onda connection manager mw833up software for mac windows 7.